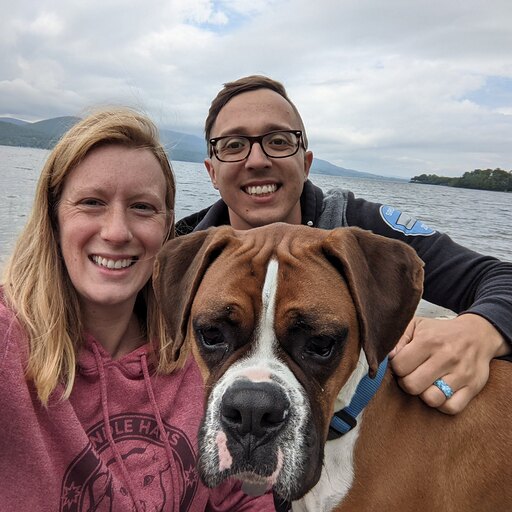 Signals and the "kubectl delete" command

Some colleagues and I were recently implementing a Chaos Monkey style test against a Kubernetes deployment. The goal was to forcibly kill an application to understand how it behaved. Specifically, we were looking to see if the application engaged in some atomic I/O operations that were safe, even if they ungracefully terminated while data was being processed. To do this, we needed to make sure the process (and, by extension, the container running the process) was forcibly terminated without an opportunity to gracefully run any shutdown routines.

For those who remember Ye Olden Days when we wrote and tested applications without wrapping them in a set of namespaces and cgroups that are created by a runtime controlled by a constantly-evolving API with an increasingly complex set of interfaces, you know this is generally an easy problem to solve: Just spin up many copies of the service and write a one-liner to kill -9 $PID && sleep 1 each of those processes. Or forcibly stop the VMs that the service is running on. Or walk over to a rack of servers and unplug it. It’s not perfect, but it’ll do the job if you’re just looking to violently terminate processes and see how a system behaves.

But we’re #webscale now, so nothing can be simple.

Short version of this article: There’s no way to accurately simulate a true failure in a Kubernetes environment unless you have access to the underlying nodes. Empirical evidence indicates that kubernetes and/or kubectl don’t offer a way to immediately send a SIGKILL to a pod. The documentation is very unclear, which adds to the confusion.

As an aside: If you want to play a fun game, log into that one single point of failure server that your company has at 4:30PM on a Friday and give the ole’ SysAdmin Roulette a whirl: kill -9 $(ps -ef | tail -n +2 | awk '{ print $2 }' | shuf | head -n 1). This is also a great way to get your company’s Very Important Person to stop chasing blockchain, machine learning, AI, or whatever other startup snakeoil they think you need, and convince them to actually fix problems in your current environment. Anyway…

If you’re unfamiliar with signals, here’s a crash course: signals are essentially a standardized message sent to a process. Processes can generally decide how they want to handle different signals (except SIGKILL and SIGSTOP), but there’s some standardization. The signals that I’m interested in are SIGTERM and SIGKILL. Sending a SIGTERM to a process gives it a chance to gracefully terminate. The process will usually execute some cleanup tasks and then exit. Sending a SIGKILL to a process will immediately terminate the process, giving it no opportunity to clean up after itself.

For my team’s experiment, we ideally wanted to send a SIGKILL to our Kubernetes pods to test how they behave in ungraceful shutdown scenarios. The kubectl delete command is used to delete resources, such as pods. It provides a --grace-period flag, ostensibly for allowing you to give a pod a certain amount of time to gracefully terminate (SIGTERM) before it’s forcibly killed (SIGKILL). If you review the help menu for kubectl delete, you’ll find the following relevant bits:

To figure out how this behavior works, I used the following setup:

Let’s put that to the test. First, I’ll start a simple busybox pod that just sleeps forever (I output timestamps on everything so that I can follow the flow):

Next, I’ll connect to my minikube host (via minikube ssh) and fire up an strace on the process ID of the sleeping container.

Finally, I’ll just send a kubectl delete with a grace-period of 1 and observe the strace output:

Notice that a SIGTERM is received, followed immediately by a SIGKILL one second later. This is unexpected behavior: the docs indicate that --grace-period=0 results in immediate shutdown, which clearly isn’t the case. The use of a SIGTERM gives the process a chance to gracefully exit, which is undesirable for my tests.

Testing with --grace-period=0 and --force=true

The other option provided by the documentation is to use --grace-period=0 and --force=true. Again, the docs are unclear about what will actually happen here. They state that --grace-period can only be set to 0 “when --force is true (force deletion).” The docs further explain that a force deletion will “immediately remove resources from API and bypass graceful deletion.” Basically, this indicates that the resource will be removed from Kubernetes before it has received confirmation that the resource itself (e.g., a container) has actually been deleted.

Once again, the documentation is unclear about the behavior (does --grace-period-0 result in a SIGKILL?), so I tested it out with the same experiment:

Whoa. Thirty seconds between receiving a SIGTERM and finally terminating via SIGKILL? That doesn’t sound like --grace-period=0 to me. So it turns out that specifying --grace-period=0 and --force=true might actually provide more of a grace period than you would expect.

I now know that neither --grace-period=1 nor --grace-period=0 --force=true behave “correctly” based on the documentation. The weirdest thing about this behavior is that it’s totally unnecessary. Docker (and I imagine other runtimes, like containerd) supports sending SIGKILL to a container:

Notice that the container is immediately terminated via a SIGKILL. This is expected behavior, and is what any person should expect for an “immediate shutdown.”

It turns out that I’m not the first one to come across this problem. An issue was opened almost 2 years ago pointing out that, at a minimum, the documentation should be corrected to accurately reflect the behavior of Kubernetes. The issue was largely ignored and then autoclosed.

All of this sounds very academic: how often do administrators really care about the shutdown signals sent to their processes? And why can’t you just run the underlying docker kill commands (or the equivalents in other runtimes)? Does it really matter that Kubernetes improperly implements “immediate shutdown” and then doesn’t explain this in the documentation?

It matters to anyone looking to test their system to ensure it behaves properly in failure scenarios. If a Kubernetes node fails due to a hardware issue, it probably isn’t going to use its dying breaths to politely send SIGTERMs to every pod. It’s just going to fail, and you need to understand how your system will handle that failure. Without being able to actually simulate this behavior, you can’t be confident that your system will degrade in the way you expect.

It’s tempting to tell an administrator to just log into the underlying hosts and simulate a failure, either via a docker kill or by physically terminating the machine. Aside from this being silly (Kubernetes should just implement signals properly), it’s not always possible: many organizations pay for hosted Kubernetes and have no access to the underlying nodes.

But really I’m just armchair quarterbacking: I’m not trying to take shots at the Kubernetes project. The goal of this article is just to spread awareness about the fact that you can’t simulate failure scenarios using only Kubernetes tooling. You need access to the underlying nodes, or your failure simulations won’t be accurate.

Next article: Use Ansible tags to save time on playbook runs